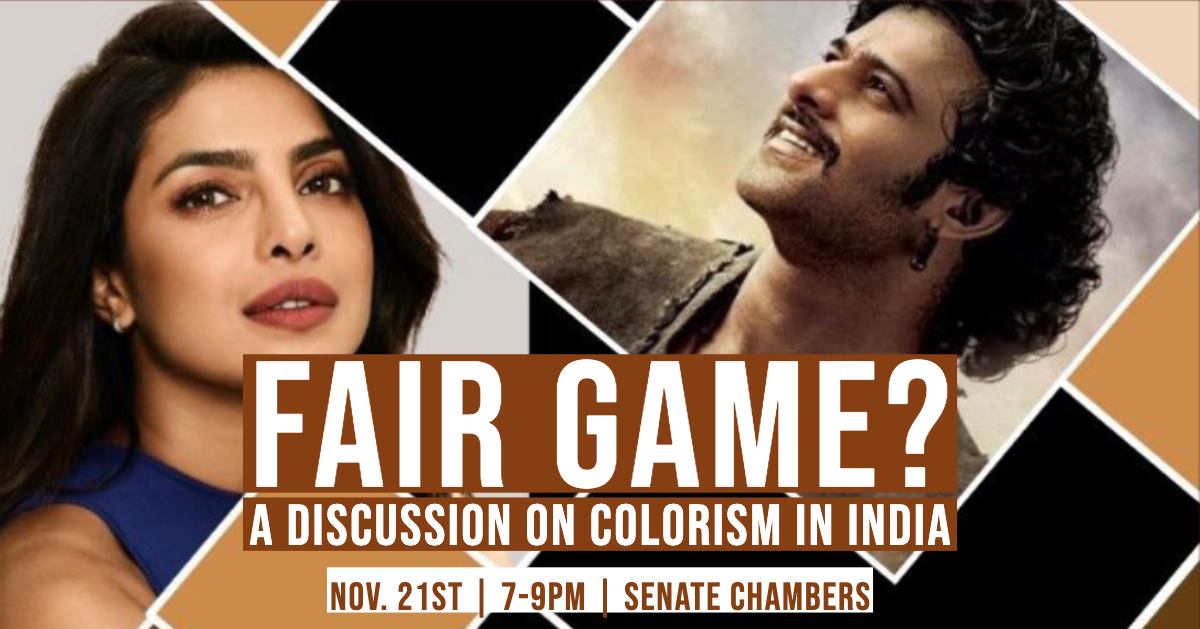 Fair Game? A Discussion on Colorism in India

Millions of South Asians are faced with rampant colorism - the idea that darker skin is less desirable or beautiful. This takes many forms whether the promotion of skin-lightening products, the perpetual stigma as a result of colonization, the lack of representation in the entertainment industry, or beauty and skin products that are exclusive of all skin colors. In India, over 233 tons of skin-whitening and skin-bleaching products are consumed every year. The implications of this problem can also be seen in the socio-economic sector of India and are a result of divisions and conflicts amongst castes, religions, and regions. We aim to have a conversation about these stereotypes and stigmas, discussing the issues and its negative impacts as well as what we can do going forward to break down these inherently wrong beliefs.

Add to my calendar

Note: Google Map to Eshleman Hall supposed to go here, but is not showing