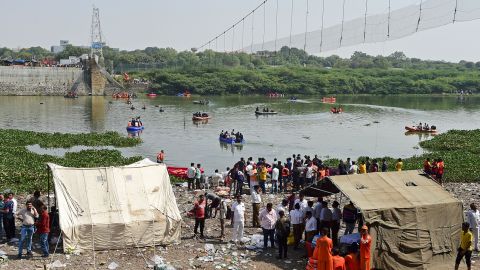 The Morbi Suspension Bridge was built in Gujarat in 1877, under British Rule. It spans 230 meters long and is 1.25 meters wide. A couple decades later, it has become a tourist attractions, for visitors to walk across and admire the river below. Recently, the bridge was closed for renovation and removed at the end of October 22nd, 2022, guaranteed to stand for the next ten years.

However, on October 30th, while 200 people were on the bridge, a cable snapped, leading to the entire bridge collapsing and sending everyone into the water. More than 135 people were killed in the incident, with over 50 being children. This was on the worst public tragedies the country has seen recently.

After this incident, the government has been investigating the repair company Oreva, who had oversaw the renovations earlier in the year. The Indian Prime Minister also has taken an interest to the situation, making sure to give compensation to the families with lost ones in the accident. This tragedy has also sparked kind words from other countries, such as the US and China.